Batteries are a critical component in your vehicle and one size does not fit all. Discover what types of battery are available and how to take care of yours with Donnellans!

Nearly all modern vehicles on our roads have complex systems that require electricity to run and once the engine is running, the system is designed so that the alternator provides all the power needed to run the electrical systems such as ECU, stereo, lights, safety features as well as keep the battery topped off with a charge. It is possible to start a vehicle and then remove the battery, the engine will continue to run!

What is a car battery for?

The main role of a battery in a modern car is to provide short bursts of high amperage power to the start motor as well as power for components that require it when the car is turned off, such as g-force sensors for anti-theft systems, memory for the radio and aftermarket accessories like dash cameras with parking modes. 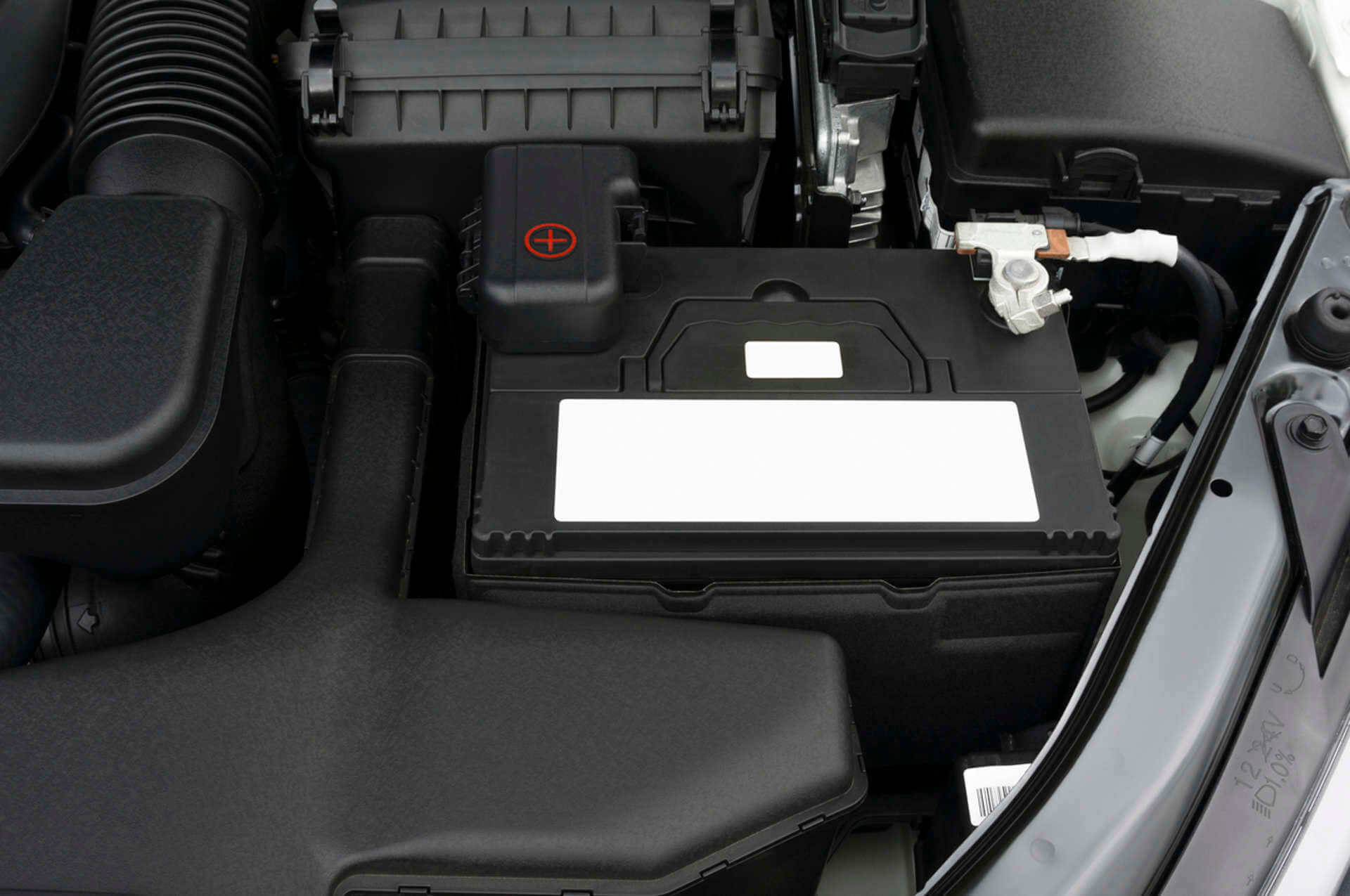 Types of battery used in cars.

There are multiple types of battery technology used in cars. The flooded lead-acid battery is what you’ll find in the vast majority of vehicles on the road. This battery technology is one of the cheapest available and offers great for reliability and isn’t picky about charging cycles. The downside of lead-acid batteries is their relatively short lifespan compared to other options.

Next up is the Absorbent Glass Mat battery, or AGM. These batteries use a similar technology to Lead-Acid batteries but instead of the liquid electrolyte being flooded into the battery, it is absorbed into a fiberglass matting. This provides much higher current capabilities required by modern start-stop technology equipped vehicles. AGM batteries are also resistant to vibrations, are non-spillable, and able to provide starting current at lower voltages. Typically AGM batteries have an expected lifespan up to double that of a traditional flooded lead-acid battery.

A variation of the AGM battery is the spiral coil AGM. This more or less functions the same except provides a much more rugged construction, higher starting current as well as the ability to be fast-charged. Spiral coil AGMs are typically used in high performance or off-road situations where higher cranking current is required for high compression or larger displacement engines.

The most common type of battery used in hybrid and electric cars is the Lithium-Ion battery. This style of battery is used for its ability to provide steady current output over a wide range of charge levels as well as not having a memory (where the battery will not charge/discharge past it’s previous cycles) The downsides of Lithium battery technology are that they degrade over time, even when not being used. Typically 1-4% per year according to Tesla. It is important to note that most fully electric cars also have a traditional style car battery to provide power for on board electrical systems such as power steering or in car entertainment systems. 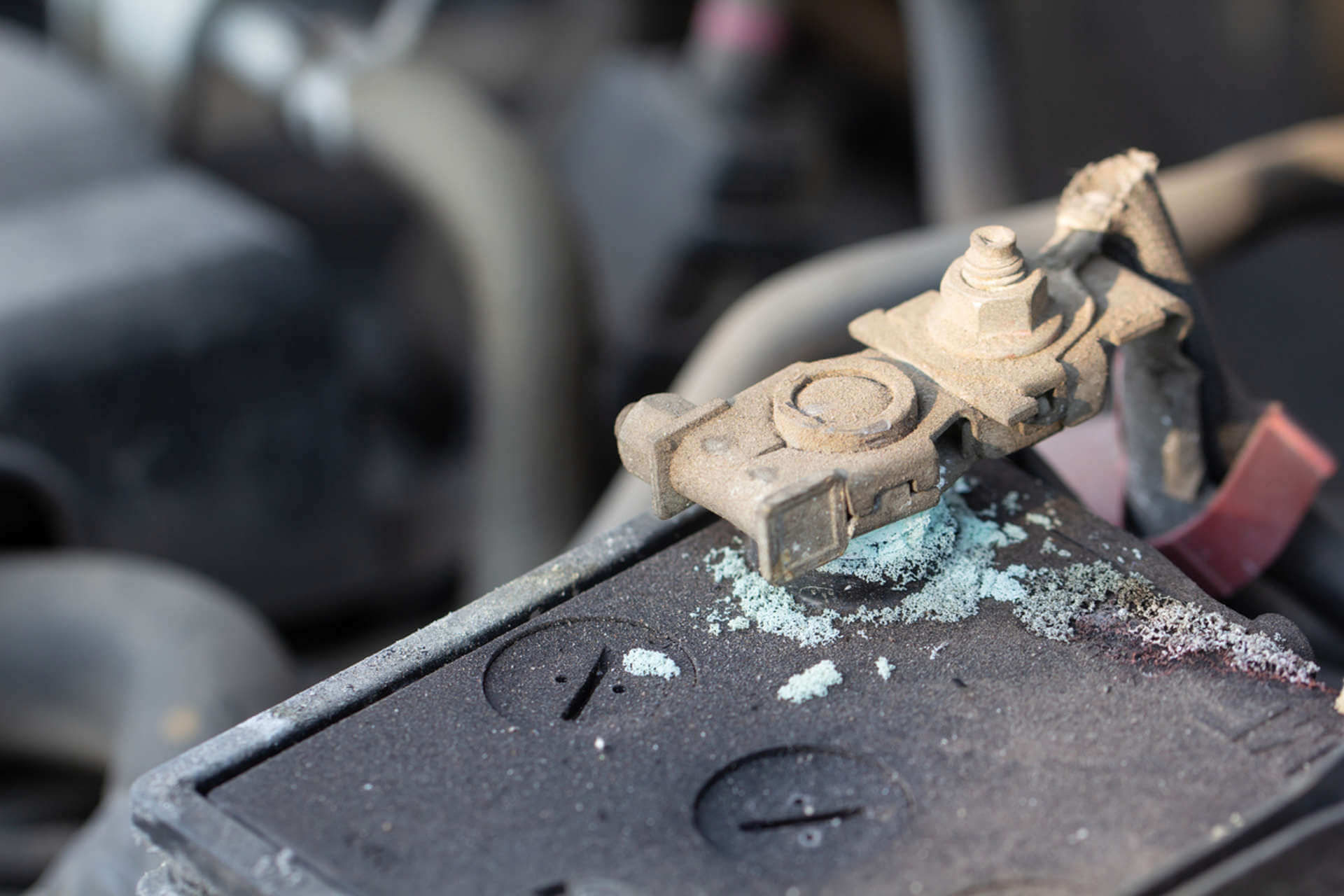 Occasionally you may find corrosion on the battery terminals. Most often occuring on lead-acid batteries in poor condition. This blue crystal-like reaction is corrosive and signifies at issue either with the charging system or the battery itself. This acidic substance can be neutralised with baking soda and water and cleaned with a small brush. We recommend bringing your car in to get the charging system and alternator assessed if you ever find this on your car.

If you have a weekender or a project car that doesn’t see much time on the roads, you may come back to your car to find the battery has drained, don’t stress, this is often a normal issue of battery self drain (which they all do) and something in the vehicle requiring constant power such as a stereo or clock. In this situation you can slowly trickle charge the battery using a special charger or battery maintainer. Be sure to buy a charger that is compatible with the type of battery in your vehicle.

A quick note on battery maintenance, storing car batteries on concrete will not drain your battery. That’s an urban myth. If you’re experiencing a battery that self drains quickly while not connected to a vehicle, it is often a faulty battery.

Speak to a professional.

If you’re experiencing a check battery light, slow starting on cool mornings or just want your battery and charging system tested, come chat with the qualified technicians at Donnellans. With 5 stores across the Melbourne area, we are your one-stop-stop for tyres, wheels, servicing and more!