Except for a few notable air-cooled examples, nearly all modern vehicles have engine cooling systems that function on a very similar level. Fortunately, the cooling system is fairly basic, and any symptoms are easily identifiable and simple to diagnose.

If you’re experiencing a vehicle that is overheating, take a look at our explainer on vehicle cooling systems and how each major component works.

Why do engines need cooling systems?

Engines are made from a multitude of intricate and sometimes delicate components that are manufactured with precise tolerances., Engines are designed to operate at correct tolerances within a specific temperature range because metal expands and contracts with different temperatures. The goal of the cooling system in modern cars is to prevent running too hot, and also too cold. 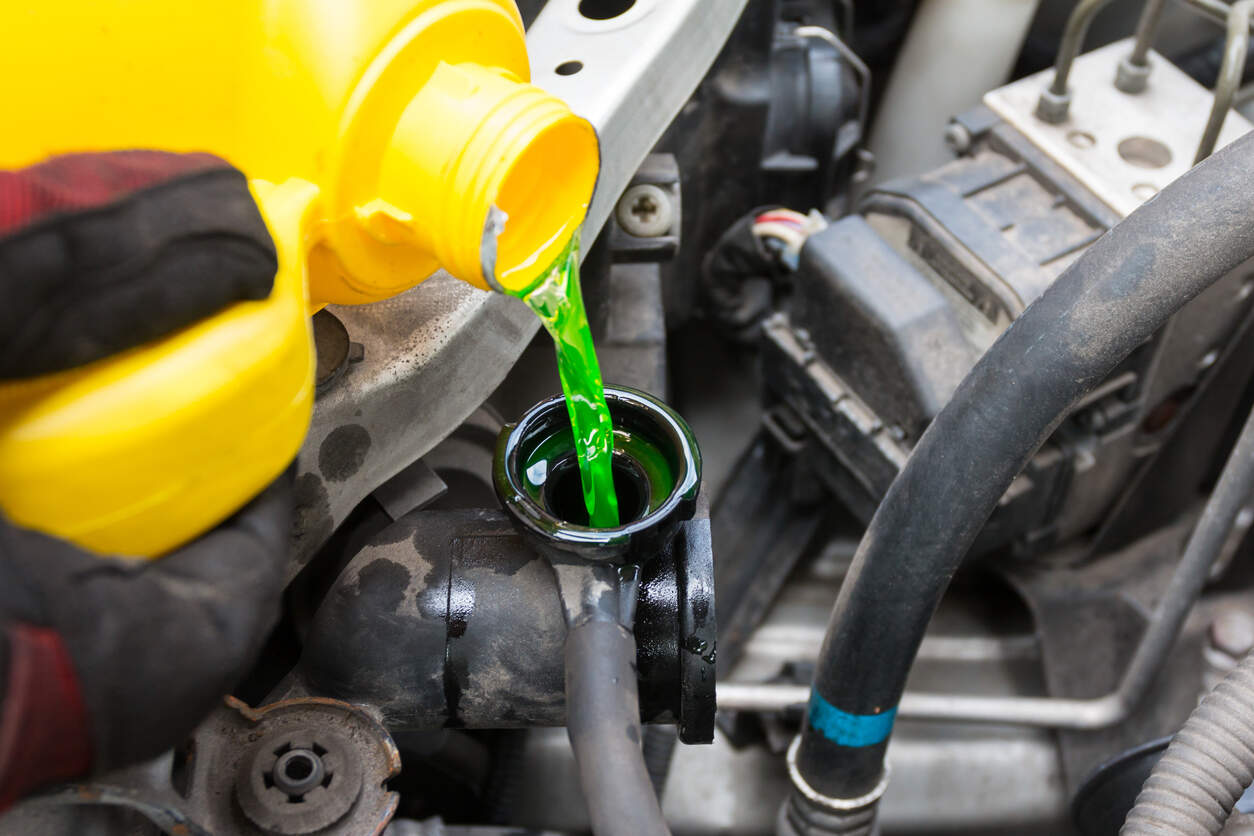 What makes up a modern engine cooling system?

A modern automotive cooling system is made up of a variety of important components all working together to create a system based on maintaining the ideal operating temperatures.

Probably the most well-known part of your vehicle’s cooling system is the radiator. This is a heat exchanger that contains coolant and uses the airflow through the fins to draw excess temperature away.

A radiator is covered with small fins that increase its surface area and effectiveness.

The cooling system as a whole works more effectively when operating at pressure. The pressure cap is commonly on the top of either the radiator or the expansion reservoir and maintains a pressure slightly higher than atmospheric pressure.

This does two things: increases the thermal conductivity of the liquid coolant and raises the boiling point.

Excess pressure is usually vented off through a series of one way valves that allow excess pressure out as well as air/fluid back into the system once the engine has cooled down.

Engines are not designed to operate while cold, or too hot. The role of a thermostat is to regulate coolant temperature anywhere between 60 and 105 degrees celsius depending on the type of vehicle and use case.

Thermostats are super simple devices that use an expanding wax pellet to open and close a valve that either redirects coolant back into the engine, or allows coolant to circulate through the entire cooling system.

The first vehicles with water cooling used thin and tall radiators that used convection to circulate the coolant. With the trend of lower and safer cars, water pumps were added to speed up the flow of water and improve efficiency.

Modern water pumps are mostly driven with a belt from the engine crank, but electric pumps are becoming more common, especially in high-performance applications.

As mentioned earlier, some vehicles use a recovery tank where excess coolant can be evacuated when the system is running at operating temperatures. When the system cools back down, fluid is drawn back in to keep the system free of air bubbles.

Alternatively, some vehicles are equipped with an expansion tank that is pressure sealed. This tank has a carefully marked ‘full’ mark where a small volume of air is kept in the system to account for thermal expansion.

Your car will have electronic sensors that feed temperature information back to your engine management computers, or ECU for short. These feed back important information to your cars’ electrical brain and allow emissions control systems to get up to working temperature quicker.

Coolant pressure sensors play an important part in diagnosing potential issues with radiator caps or blown head gaskets as well as coolant leaks. The ECU can read this information and present a check engine light if an error is found.

Cooling fans provide extra cooling performance by pulling (or pushing) air through the radiator. This is useful when travelling at slow speeds or when the engine is experiencing heavy loads such as when towing.

Many cooling fans are either mechanically driven from a hub or belt, while most modern vehicles use an electric fan which can be turned on and off as the need arises.

While plain water is typically used as coolant, there are better options available. For one, tap water has minerals and additives that can cause sediment buildup inside your engine, hindering cooling performance over time. Distilled water is ideal as it can handle massive amounts of heat energy, it flows easily and it has a high boiling point under pressure.

The downside of water as a coolant is that when it freezes, it expands approximately 9% in volume. This can cause catastrophic damage to your engine. This is why coolant additives are used. These can reduce the temperature at which coolant freezes and prevent damage.

When you turn the heater on in your car, coolant is directed into the cabin and through a small heat exchanger through which air is blown by a fan. If you ever smell the sickly sweet smell of hot coolant or see damp patches on your floor, this could be caused by a leaking heater core.

What happens if my engine gets too hot?

At higher temperatures, internal combustion engines actually run more efficiently. The issue is that an overheating engine runs the risk of blowing a gasket, cracking a bore, or seizing bearings. The ideal operating temperature for an engine sits in quite a narrow temperature range.

Internal components of an engine, such as bearings, are designed to take thermal expansion into account when being made, so operating them for periods of time can result in catastrophic damage.

Can running an engine too cold cause harm?

Engine oil works to lubricate metal surfaces as well as removing heat from critical areas inside your engine. Oil works best at temperatures of around 60 to 80 degrees celsius.

Cold engine oil also attracts moisture which can cause corrosion. A good long drive at the correct temperatures will boil off excess moisture and keep your engine happy and healthy. 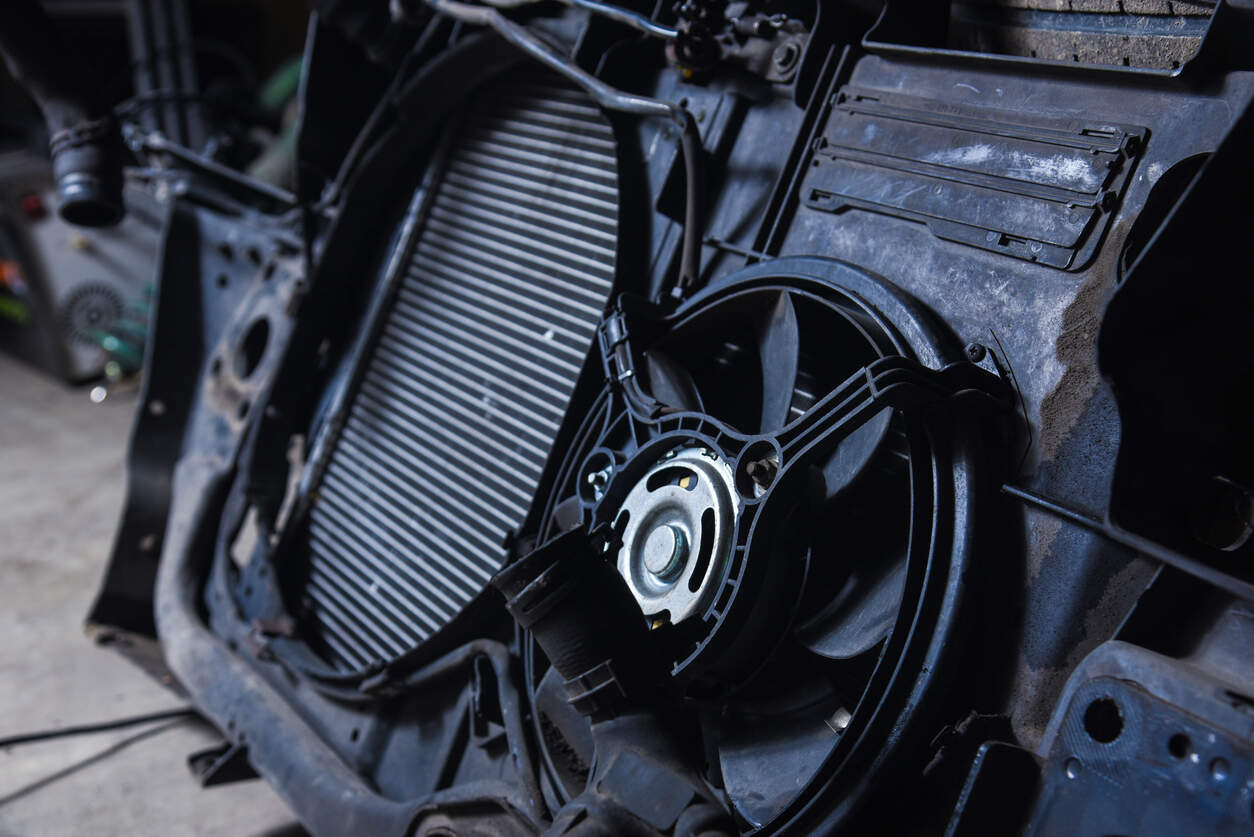 Common issues with your cooling system.

What to do if you’re having cooling issues.

The job of an engine cooling system is to carefully balance the temperature of your engine in order to get the best fuel economy, reliability and performance from your vehicle over a long period of time.

If you notice any coolant leaks, temperature spikes or check engine lights, be sure to book your vehicle into Donnellans for a complete inspection.

Donnellans are your one stop shop for automotive servicing and maintenance. We offer the biggest range of tyres, wheels and automotive services, while our staff will go the extra mile to look after you and your vehicle.

We have 4 locations across the southeast greater Melbourne region with workshops in Blackburn, Collingwood, Preston and Balwyn. Find your local store at the link below.