All about engine oil.

Everyone who has driven a car knows that the engine has oil in it that needs to be periodically checked, drained and replaced during services. But why does your engine need oil, and what is the engine oil for?

Why do engines need oil?

First and foremost, the primary function of engine oil is to prevent metal-on-metal contact. It does this by being pumped through the engine at high pressure through galleries and other orifices. This guides the oil into areas with moving components that are subjected to the most pressure.

As metal parts heat up they expand, and this expansion is considered when designing the tight tolerances between moving parts in your engine. If the engine components are allowed to come into contact, the friction will cause excessive heat and more expansion, leading to more heat, and so on until the engine ruins itself, often in a spectacular manner.

When two unprotected metal surfaces move past each other, one, or both will wear away, as well as heat up due to friction.

Oil forms a thin film between moving parts and it is this pressurised film that prevents metal components directly coming into contact with each other. This main function is critically important to have an engine survive, even for a short drive.

What type of oil does my car need?

There are 3 primary types of engine oil. What you need for your vehicle depends on when it was manufactured, how many kilometres are on the engine, and even the climate you operate your vehicle in.

What oil you need to use in your car varies depending on the manufacturer recommendations, as well as driving habits. Check your owners manual for information that is specific to your car.

Mineral, or Conventional, Oil is engine oil that has been extracted from the ground as crude oil and refined to develop the properties necessary for modern engines to function. They are typically cheaper than other types on this list and often forgo many of the additives found in synthetic variants.

Fully Synthetic Oil is scratch-made in a laboratory and can be tailored to a wide variety of applications. Synthetic oil is generally capable of performing exceptionally over a wider temperature range and for longer periods of time between services. All of this comes at a cost, with some fully synthetic oils costing 3 to 4 times more than conventional oils for the same volume. 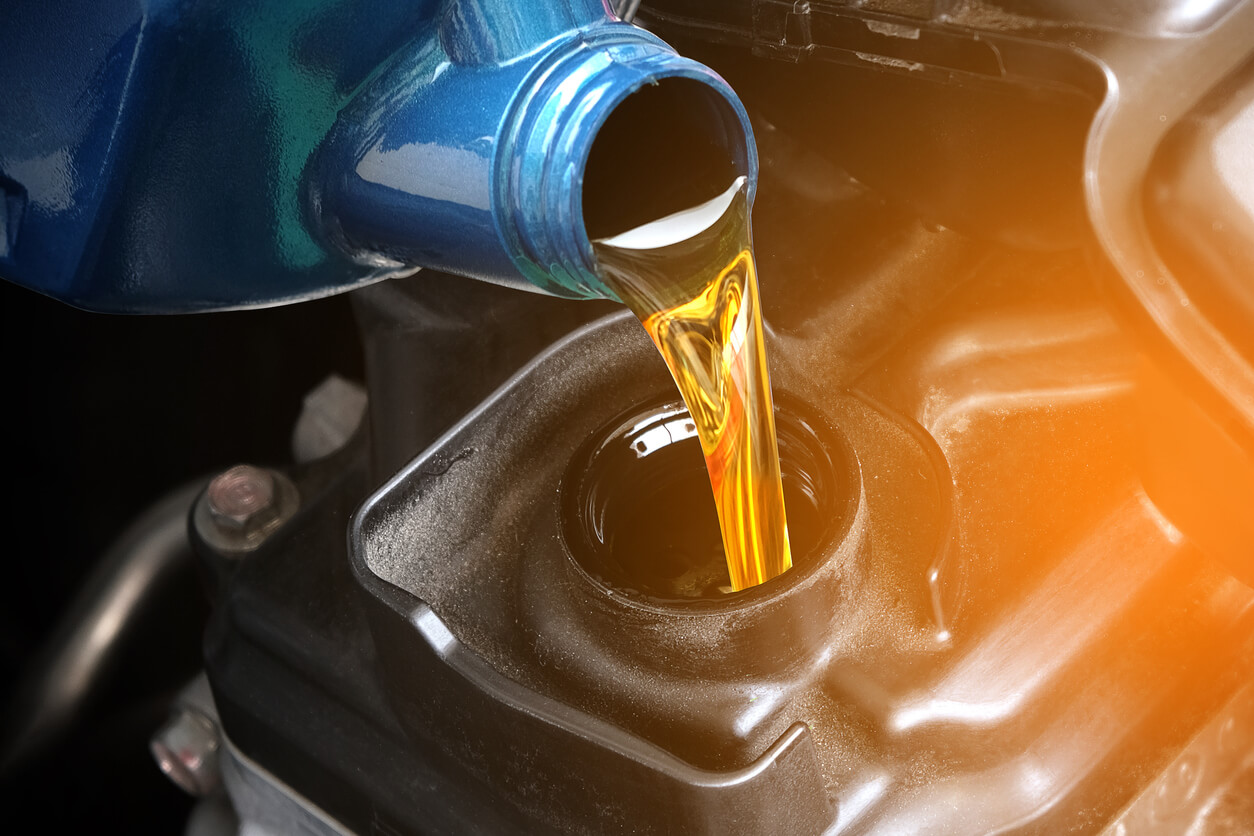 What do the numbers on oil mean?

Each type of engine will have its own recommended oil. The oil industry is heavily regulated and standardised, and as long as you choose an oil that meets your manufacturers’ specifications, you can’t go too far wrong.

If you’ve ever wandered the aisles at your local auto parts store and seen the rows upon rows of engine oils proudly labelled with things like 5w-30 or 10w-60 and wondered what it means, these numbers are talking about viscosity, arguably the most important factor in engine oil performance.

50 years ago, it was common for manufacturers to recommend a thicker oil for summer use and thinner oil for winter use so the same level of protection was afforded all year round regardless of ambient temperature.

Modern engine oils are what is referred to as ‘multigrade’ where the oil is rated as a certain viscosity at cold temperatures (the ‘w’ number), as well as tested again at the standard operating temperature of 100 degrees celsius, which is the number after the hyphen. Advanced polymers in modern oil help with maintaining a more consistent viscosity over a wider temperature range.

What else does engine oil do?

Aside from engine oils primary function as a lubricant, oil manufacturers typically use extra additives to make the oil behave a certain way. The most common engine oil are antioxidants, and corrosion inhibitors that help keep oxygen away from exposed metal surfaces and prevent corrosion on precision machined components in your engine.

Another common additive to oils are detergents. Designed completely differently to your normal household cleaning chemicals, engine oil detergents are designed to prevent soot building up on hot metal components, as well as prevent the build up of acidic compounds within the engine oil system.

There are many other types of additives such as anti-foaming agents, friction modifiers, pour point depressants, dispersion agents and more. Typically your engine oil is a cocktail of chemicals designed to let your engine operate as efficiently as possible, for as long as possible. 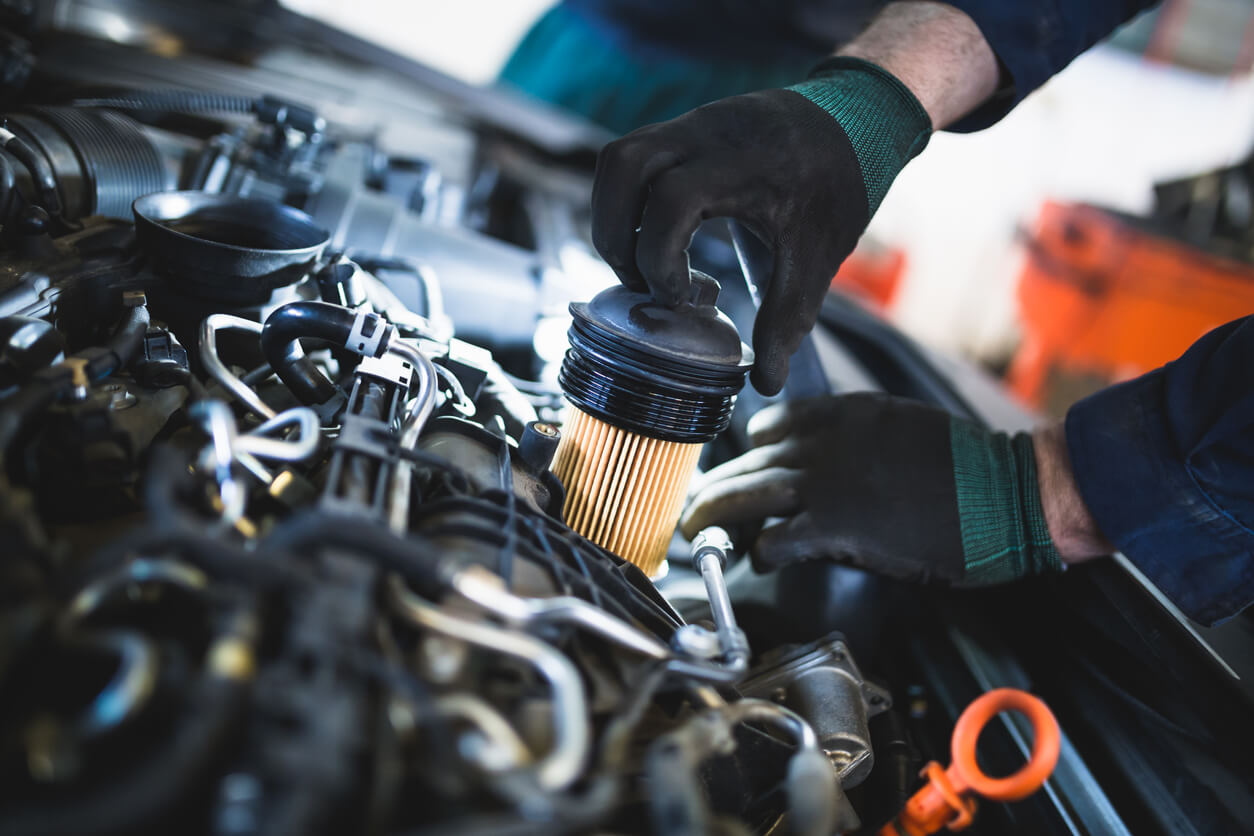 What does the oil filter do?

As engine oil is cycled through the engine over the course of many heat cycles, the job of oil is to clean internal components and to pick up and suspend soot and foreign particles in the oil.

In low-quality oils, this can settle down to the bottom of your oil pan, while good oils can keep these deposits in suspension where they will be removed during a regular oil change.

The job of an oil filter is to keep the level of suspended deposits as low as possible to avoid catastrophic engine damage.

Why does engine oil need changing?

Typically, engine oil is recommended to be drained and replaced at relatively regular intervals.

This is because over the many heat cycles, the engine oil additives can break down and decompose, becoming less and less effective until the engine oil no longer meets the manufacturer’s specifications for performance. 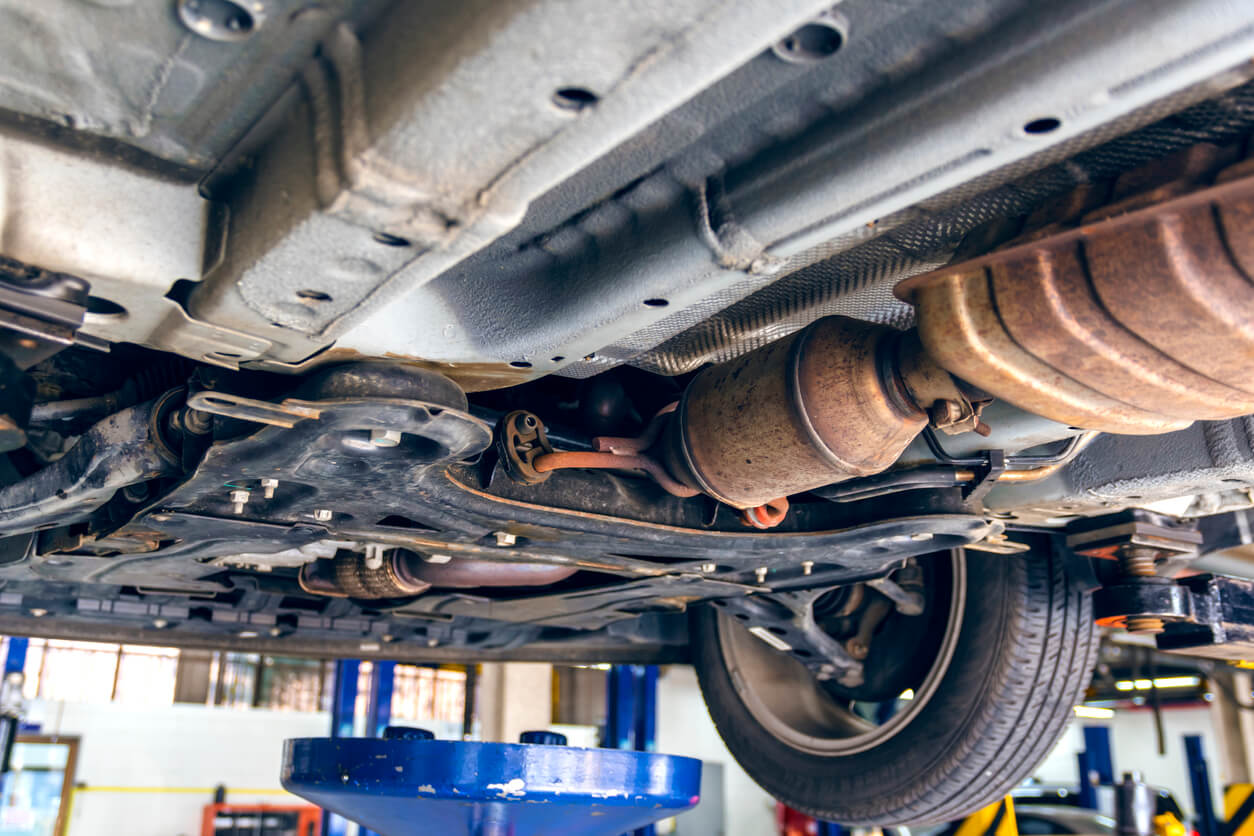 Soot, excess fuel, moisture and more can build up in engine oil and needs to be removed periodically and refreshed with new, clean oil.

If you’re looking to book your car in for an inspection, a service or just a fluids check, including coolant, transmission fluid or engine oil, contact the experts today!

Donnellan’s the Tyreman are your tyre, wheel and mechanical servicing experts in the greater south-east Melbourne region. With 5 stores located in convenient locations, we have a store near you.